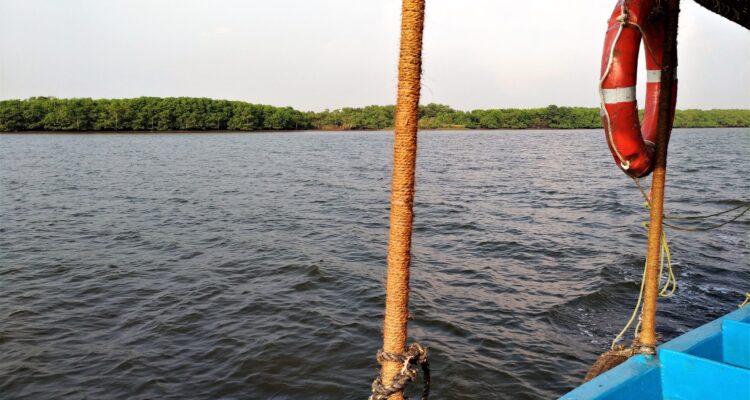 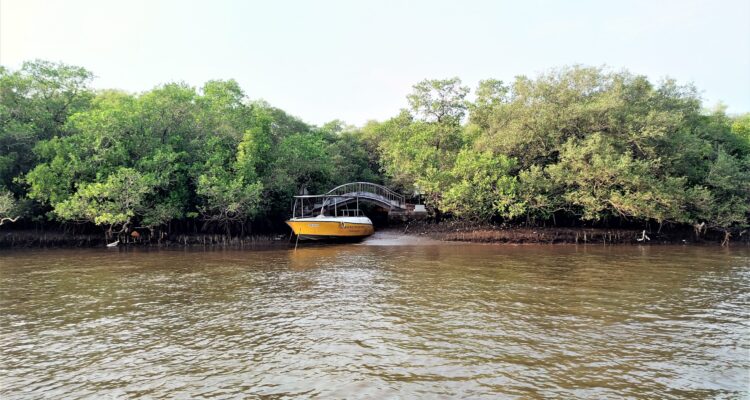 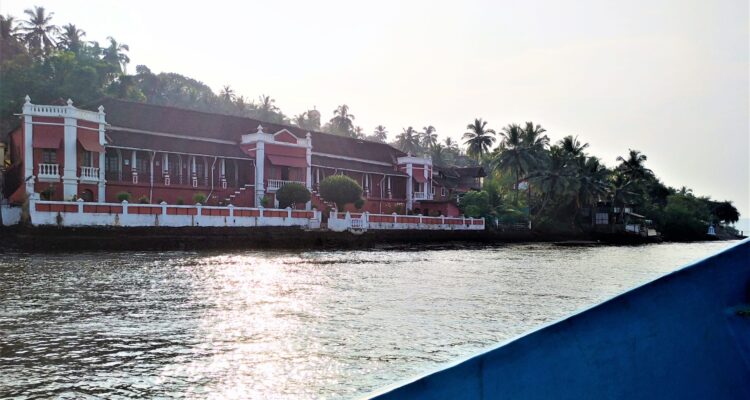 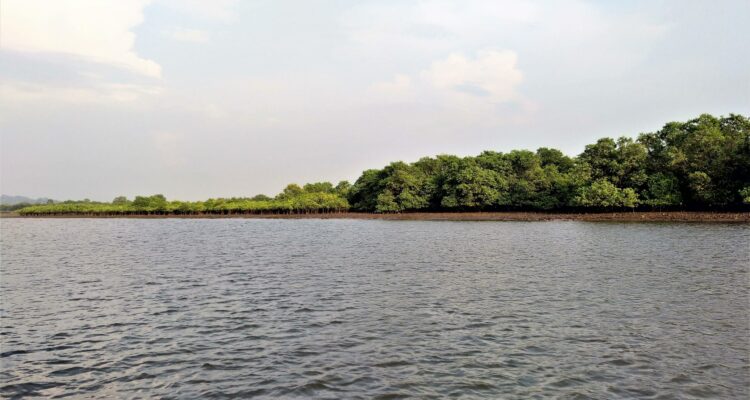 A boat cruise through the serene, exotic backwaters of St. Estevam and a memorable sunset experience.

The Fontainhas Heritage Walk is an immersive walking tour in Goa narrating its past. Witness the Portuguese past that eventually survived the onslaught of development in the 21st century. The houses are dressed in yellow, green and blue, balconies fronted by wrought iron railings and tiled roofs transporting you to another era.

Fontainhas is not only the oldest but the largest Latin quarter of Asia. Located at the foot of the hills, Altinho hills with springs surround Fontainhas on the west side, which give it its name from Portuguese for "little fountain". The ancient creek known as the Ourem creek binds it on the east side. In the monsoons, experience the rain soaked streets in our Fontainhas Heritage Walk. The rainy season of Goa adds to the feel the special charm as one can quietly stroll through the narrow streets.

In the late eighteenth century, a Goan expatriate named Antonio Joao de Sequeira, who had made his wealth while working in Mozambique, established Fontainhas. The name came from the fountain at the foot of the hill which began to sprout around 1770. It is patterned along the lines of Lisbon’s Bairo Alto.

The people of Fontainhas lead an affluent life. Get access to heritage homes, appreciate Portuguese architecture, meet wonderful people and experience the cultural side of Goa like never before. We will take you to meet a renowned Goan musician who plays Fado and Latin music.

– A guided tour by a friendly host / presenter.
– Breakfast / Lunch / High Tea served in a traditional Goan House
– Learn a few Goan recipes.
– Visit one the finest Baroque churches in Goa
– Insight into traditional fishing methods that are still practices.
– Visit some of the ancient temple sites.

In our Backwater Sunset Boat Cruise, we take you to explore the backwaters of Divar, Cumbarjua and St. Estevam that boast of rich assortment of diverse flora and fauna.

During our Backwater Sunset Boat Cruise, you can spot a variety of migratory birds and there are chances of spotting crocodiles too. St. Estevam is a scenic estuarine island village located 21 kms from Panjim and 11 kms from Old Goa. It is also known as Ilha de Jua or Zuvem.

-A guided tour with friendly local guide
-Explore the rich biodiversity in the mangroves.
-There are chances of spotting crocodiles and migratory birds.
-Enjoy some snacks and beverages while cruising on the boat. 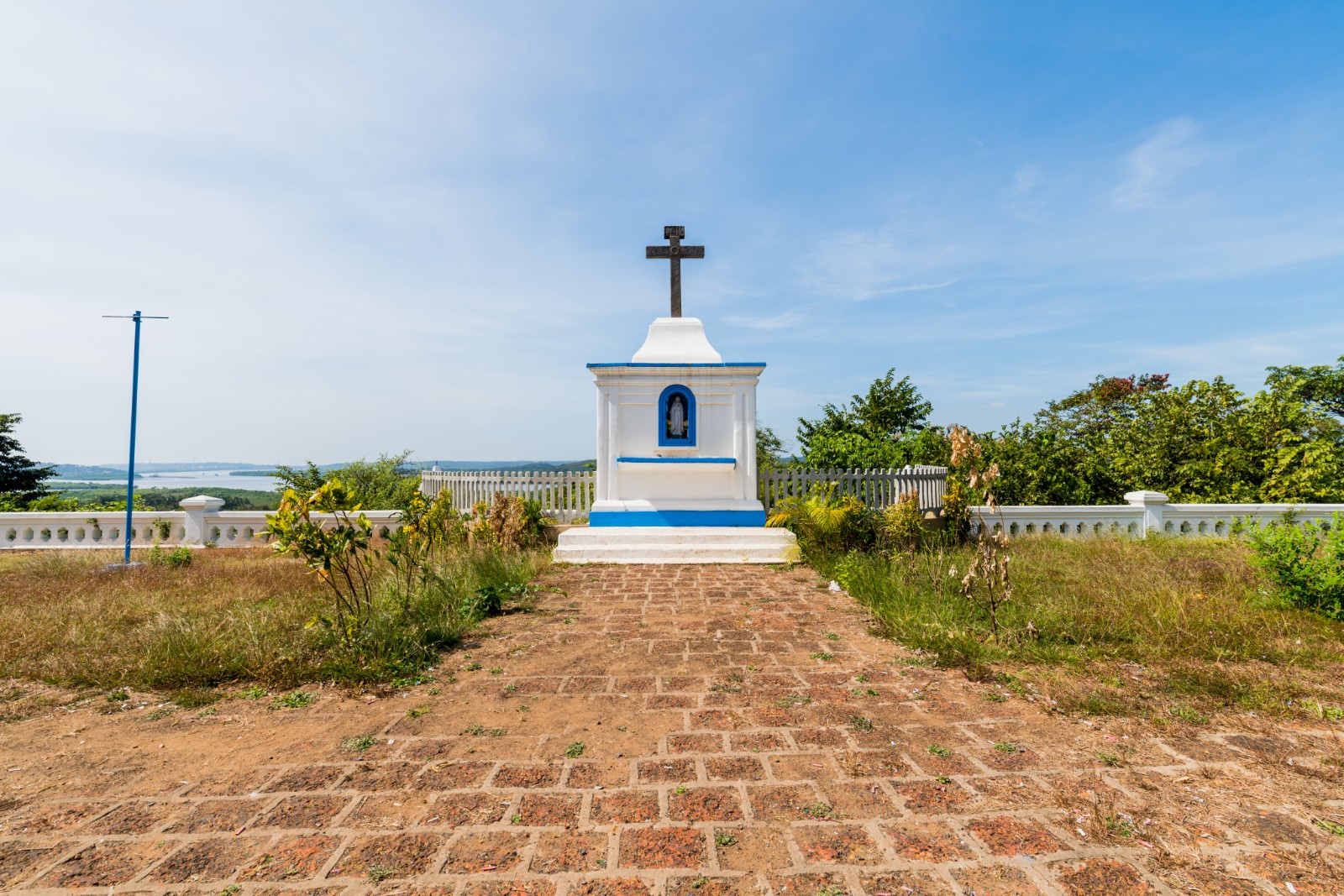 Explore the rich biodiversity in the mangroves.

There are chances of spotting crocodiles and migratory birds.

Enjoy some snacks and beverages while cruising on the boat.

The tour involves a boat cruise through backwaters around St. Estevam island with chances of spotting crocodiles and exotic migratory birds. The rich mangroves form a perfect habitat to enjoy nature at its best.
The 16th century fort and St. Stephen’s church form major highlights of this quaint, scenic island village.

Fixed Departure: 10:30 am on Saturday

Closest Railway Station: Thivim Train Station which is 15 km away from Fontainhas.

Social Impact:
– This Tour is organized by Make it Happen, Travel Designers a tour operation company committed towards curating and developing cultural and community based tours.
– Make It Happen has collaborated with Goa Heritage Action Group (GHAG), an NGO committed toward preserving the natural and built heritage of Goa. Part proceeds of this tour are donated to GHAG. GHAG supports in providing content and training to guides for this tour.
– By showcasing local artists and craftsmen we aim to preserve these dying arts forms. We will take you to a few recommended stores where you can buy local products. Shopping at these stores helps inject money into the local economy.

Traveler Tips:
– Please do not tip our guides (in case you wish to make an additional donation to Goa Heritage Action Group, you can speak to the guide)
– Please follow instruction and safety guideline of our guides during the tour.
– Be aware of people’s sensitivity to being photographed. Please ask first. Please take permission of the host before photographing inside the houses we visit.
– We are committed to a healthier planet. We recommend to carry reusable water bottles and avoid the use of disposable plastic bottles.

There are no reviews yet.