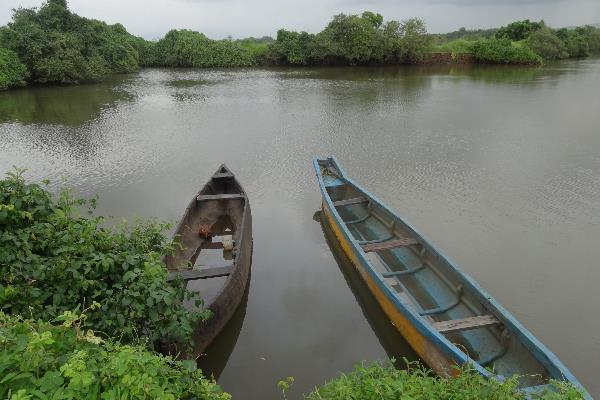 The island of Divar is famous for Bonderam, the festival held on the river island on the 4th Saturday on the month of august. Bonderam means the festival of flags, its high point is a mock battle to commemorate the property wars that took place here over a century ago. Its landmark is its Indo-Portuguese architecture.

This mosque was built by Ibrahim Adil Shah of Bijapur.Adjacent to the mosque is a well constructed masonary tank with small dressing chambers with Mihrab designs.

Often called pandava caves, these are actually the few vestiges of Goa’s past Buddhist presence when monks would seek sancity from their austere lives as wandering mendicants and camp in caves for the monsoons. There is an underground cave with a small well too.

This beautiful site on the bank of the Kushavati river is perhaps one of the earliest expressions of art and culture in Goa. Rock carvings found here are believed to depict symbols of the fertility cult and religious cosmology.

Kuskem waterfalls may be seen in the Cotigao wildlife sanctuary in canacona taluka. You can also see the ruins of ancient temples in this tiny village of Kuskem.

This temple is dedicated to the legendary Vaishnavite deity of Goa. It displays rare endangered Kaavi art.

Built by the soundekar kings towards the end of the 16th century, this magnificent monument has a moat, a fantastic view of the and two freshwater tanks. The ramps were meant for elephants and horses. This was locally called Ramachem Bhushir. Later taken over by the Portuguese in 1764, its name was changed to Cabo da Rama.

One of the five models after which all the churches and chapels followed suit, this one perhaps is the most fascinating church of all.

For absolutely fascinating bargains and a slice-of-life in Goa in terms of local produce, visit Mapusa market place on Fridays where you will see dried fish that Goans supplement their diet with during the fishless days of the monsoon.

This is a coined term for villages with a fine stock of heritage houses, churches, temples and street furniture. Visit these villages to experience the continuity of Goa’s social and culturl history.