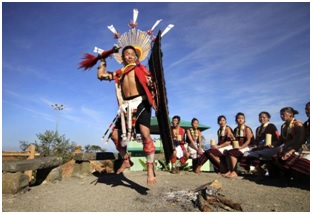 If Nagaland has not been on your travel listicle yet, it’s time to make amends. Nagaland constitutes a part of the North Eastern states also known as the 7 sisters, formally established as the 16th state of India on 1st December, 1963.When you think of Nagaland what usually comes to mind is perhaps untrammeled forests, wild boars, fierce warriors and most importantly, an ‘unsafe’ place and the world-famous Naga chillies. Well all of it is true barring the ‘unsafe’ bit. Yes, to be honest, like a lot of the North Eastern states, Nagaland has also had its share of insurgency issues in the past. But today, it’s asserting itself as a fantastic tourist destination, and is on the path to development and shoring up its limited infrastructure.
Nagaland may be small in size, but is peopled with tribes who are big in courage, valour, ferocity and ethnicity. There are 16 different tribes such as Ao, Angami, Konyak, Chang, Locha, Sumi, Rengma, etc., each with very distinctive dialects, customs, dress and habitation. You might wonder how to actually see this fantastic variety of people together and would it necessitate pitching tents in the hills and forests and spending weeks and months to get anywhere close to these people? The Hornbill Festival held every year in December in Kohima, is one of the great cultural festivals in the world. It has the right ingredients to make it breathtaking and an unforgettable experience. The gaiety, the warmth of the people, the amazing dancers, the diversity of people, the food, shopping and the sheer excitement gives you a buzz as you approach the gates of Kisama, the Heritage village. 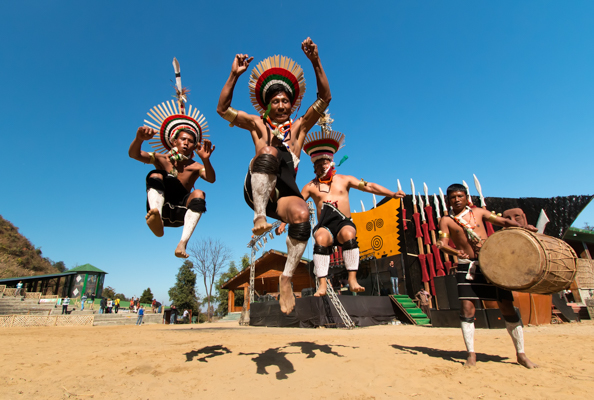 If it’s December, it’s got to be the Hornbill. The Hornbill Festival of Nagaland is usually held in the first week of December every year, since 2000. Conceived as a tourism promotion initiative, the Hornbill Festival is named after the eponymous bird, greatly respected and revered among the tribes of Nagaland.Over the last decade and a half, the festival has risen up the popularity charts and today is a “must-do” on any adventurous traveler’s itinerary. Our visit in 2014 was a wonderful and indelible experience, as it exceeded our expectations. Right from the time we landed at Guwahati airport to the long, slightly tiring drive up wards through Guwahati, Dimapur and finally Kohima, and the magical 4 days that we spent there, everything about Nagaland called out to us and said, “welcome, please stay back.”

The Hornbill Festival is a truly fantastic pot pourri of Nagaland giving us a glimpse of its cultural diaspora all under one roof, the Kisama Village. Located about 10 kms. from the heart of Kohima, it’s a very well planned heritage village, with ear marked areas for shopping, eating, an amphitheatre for performances and a showcase displaying the habitats of the 16 Naga tribes.

As you approach the Kisama heritage village, you feel a sense of excitement, hear the buzz and the anticipation builds up after you park the car in a fairly well managed car park facility. Yes, you do see the Indian army jawans clad in their fatigues smartly holding aloft their rifles (don’t know what kind) as they keep a steely eye on the goings-on.The Hornbill is like a microcosm of the world with everyone reveling in the spirit of Nagaland. But Nagaland is not just about the Hornbill. There’s more… 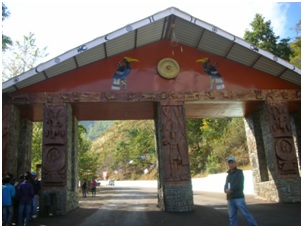 Nagaland is often referred to as ‘wild east’ of India. The usual photographs of men and women in barely there tribal clothes, elaborate head dresses, tooth(y) necklaces and long earrings with weathered faces dot the photographic landscape. But Nagaland is more than its 16 tribes or the famous Hornbill Festival .Nagaland boasts of a rich history and the Kohima World War 2 cemetery is one such beautiful place where the price of war, human lives, has been so respectfully memorialized. Entering the cemetery, you are surrounded by the tranquility, a fierce pride and unshed tears as you see the tombstones and read the names and the ages of these fierce soldiers who defended to the death their land from the marauding Japanese.

Japanese forces entering Nagaland standing sentinel, like a living testament to the raging Battle of Kohima.
And visit the Kigwema, a quaint village with people from the Angami tribe who continue to live here and weave fantastic shawls, giving you a glimpse of what once was.

If you drive down 20 kms to the west of Kohima, there’s another gorgeous heritage village called Khonoma. Old world charm, rolling terraced fields, clouds tipping over the blue sky, the chill wind in your hair and little children laughing and eating the smallest, cutest and most sour dried apples that you will ever find, Khonoma is a visual and sensual treat. As you sit in the village square which is actually a circle, and enjoy local teas, local cuisine and sip on the local rice wine called zutho (the other rice wines are Dzutse and Ruhi), the warmth and the hospitality of the people is unmistakable. Forget whatever you may have heard of head-hunting tribes, these people may be fierce warriors but they’re also gentle and welcoming of their guests. 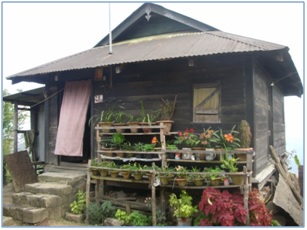 There are places such as Mon, Dzuku valley, Mokokchung, among other places that you can visit. But if you’re trying to pack in the Hornbill and all of this, you’ll need a good 10 days in Nagaland alone. Because pitching a tent outside the Hornbill or staying overnight at a homestay in Khonoma doesn’t mean you can let go of the night market in Kohima. Because if you haven’t seen the night market or eaten some of those road side delicacies, or shopped for some of the best winter jackets, boots, leggings and more, then well, you haven’t really visited Nagaland.
While you dream about picturesque hills, riotous colours, brusque dances, pork meat and the Naga chillies, we’re headed to Kaziranga. One-horned rhino anyone? 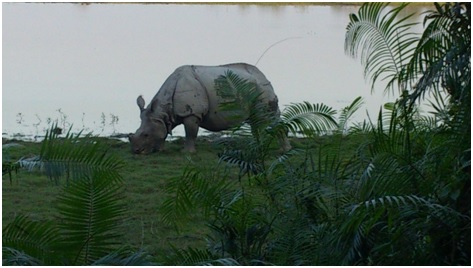 Kaziranga is a magical place. It’s unlike any other wildlife sanctuary you may have visited. It is vast, it is wild, it is tranquil and it is rejuvenating. Kaziranga, as most would know is the habitat for the world’s largest population of the one-horned rhino. But more than that, it is also an extremely breathtaking display of nature’s bounty.
Kaziranga boasts of multiple resorts and small lodges and the Nature Hunt is a wonderful Eco camp, with a simplicity that is reflected in its style yet warmly embracing in its hospitality.
Home to the elephant, the one-horned rhino, tigers, langurs, and a wonderful variety of bird species. You can wake up at the unearthly hour of 5 am and get ready for the early morning elephant safari. It’s misty, foggy with almost zero visibility and then suddenly you’re confronted with a group of elephants and their mahouts ready to take you through the tall elephant grass to catch a glimpse of the famed one-horned beast. As the elephants swish, swish, swish through the tall elephant grass which grows upto nearly 5 metres, the sound and strangely the silence is suddenly broken with the elephants standing still – and there in the clearing you spot the great one-horned, stoically nibbling at the grass or nursing a baby. While birds flutter their wings, you hold your heart’s flutter and just gaze at the magnificence.
Kaziranga is a must-see. The Assamiya thali, the tea plantations, the warmth and hospitality of the locals, the really nice accommodations that have now been made available, the really well-managed and exotic sanctuary giving us a glimpse into a world that is surreal. An overnight stay is enough, however if you’re an ardent wildlife or birding enthusiast, then 2 or 3 days is a must. From Kaziranga, then it’s straight on to Guwahati airport and back to mundane routine. However, not before having had your fill of a planet that seems so different from the hustle and bustle that we inhabit. Yes, travel does expand your horizons and you need to make it happen. 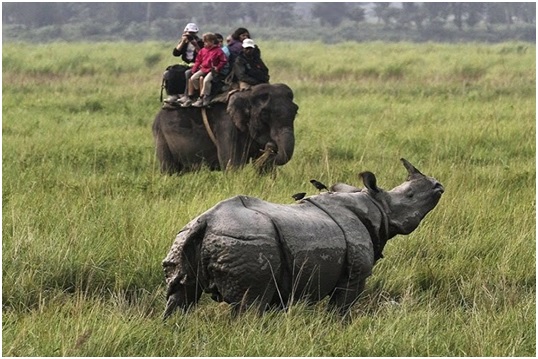