We were invited by the team of Re-imagining Doeguling initiative to walk us through their project of preserving the Nalanda traditions and catalyzing development in the area by empowering local Tibentan community. We gladly obliged and took a morning train to Hubli and took a cab from Hubli to Mundgod after noon. We entered the arch in the middle of the forest, and the placed opening into a quiet Tibetan settlement flanked by Monasteries built over vast expanses. Mundgod is a town located in Uttar Karnataka district at 132 km from Karwar and 210 km from Panjim, Goa. 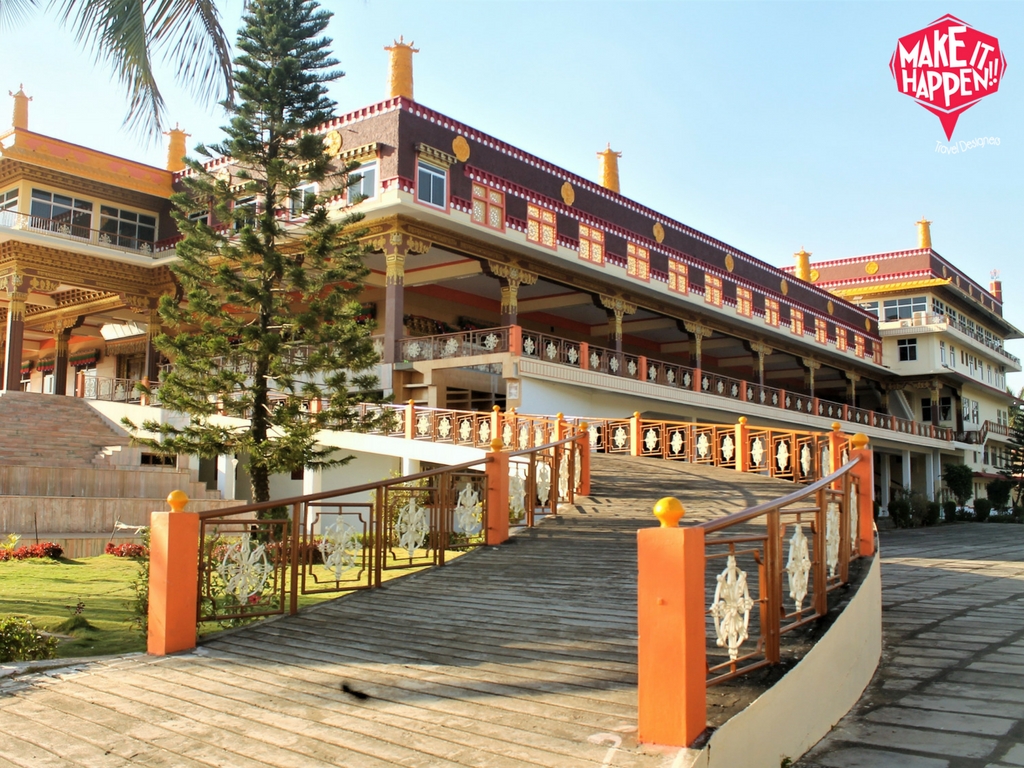 We were warmly greeted by Karma Yangdup, a senior resident of Mundgod whose family fled from Tibet during the Chinese invasion. The Doeguling settlement comprised of several families that shared a similar background as the the Tibetans were forced to flee owing to the communist polices the were not acceptable to the Tibetans, since it took away all their rights from social, ritual and economic life. 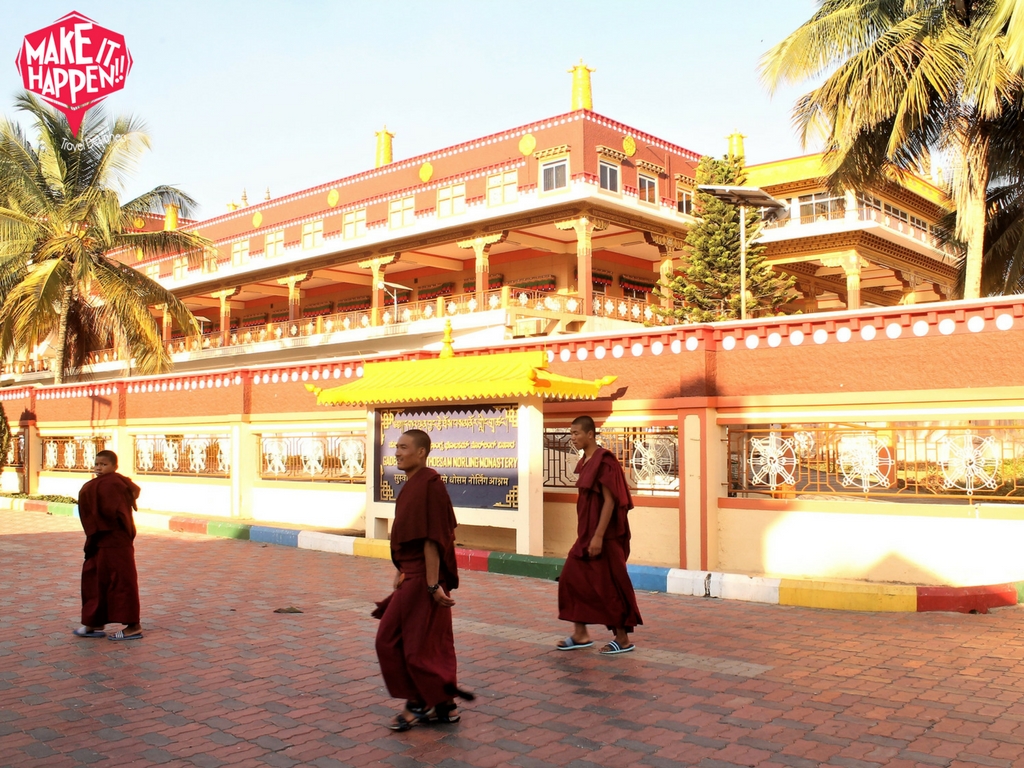 The Government of Karnataka provided 4,000 acres of forest land for the Tibetans to settle here. Mundgod area was selected for their settlement for many reasons like the sparseness of population and presence of forest land. The initial reason for the establishment of the Tibet Colony in Mundgod was to develop the area and bring more land under cultivation. The other factors were the climate of the area was more suitable to Tibetans as it received rain for all the six months in a year and even the summer is also reasonably cool. 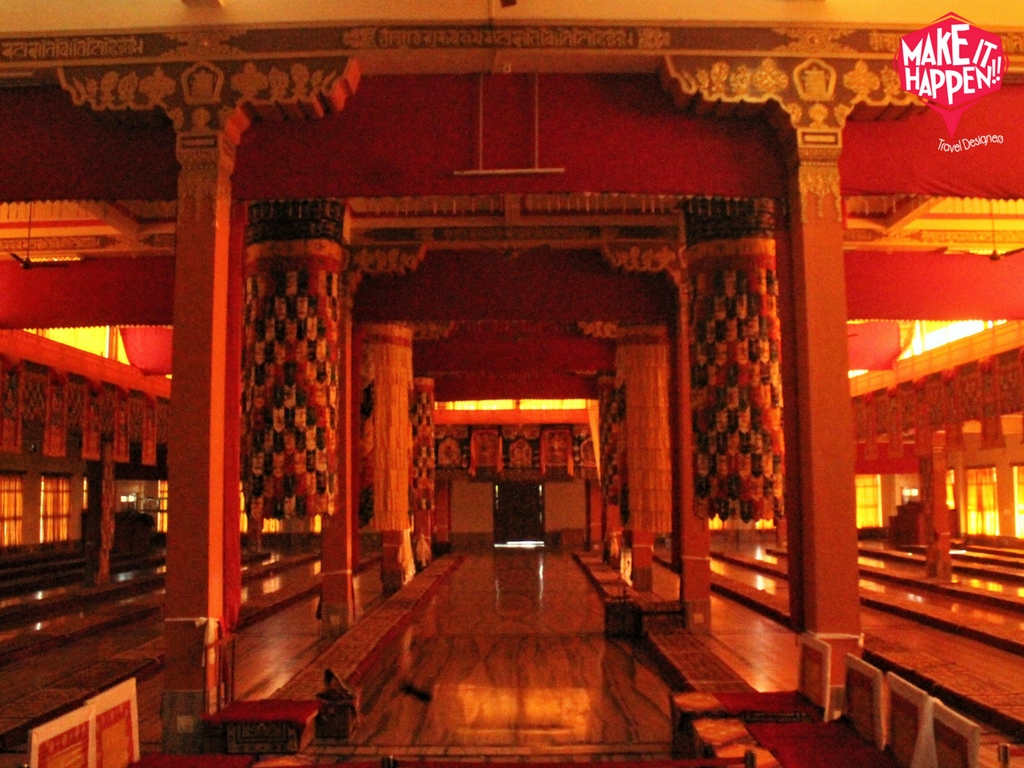 Initial Tibetan population of the Doeguling Tibetan settlement in Mundgod comprises eleven villages, of which two villages named (Drepung and Gandm) are exclusively for monasteries. These eleven villages are settled over different locations. Mundgod is an excellent center of monastic education. Karma took us to visit the Gadem Jangtse Monastery and explained the incarnations of Buddha and the ongoing rituals and offerings in the monastery. Some of the other notable monasteries in Mundgod are Drepung Loseling Monastery, Ratoe Monastery, Kargue Monastery Tschen Damchasling Monastery, Sakya Monastery and Drepung Gomang Monastery. 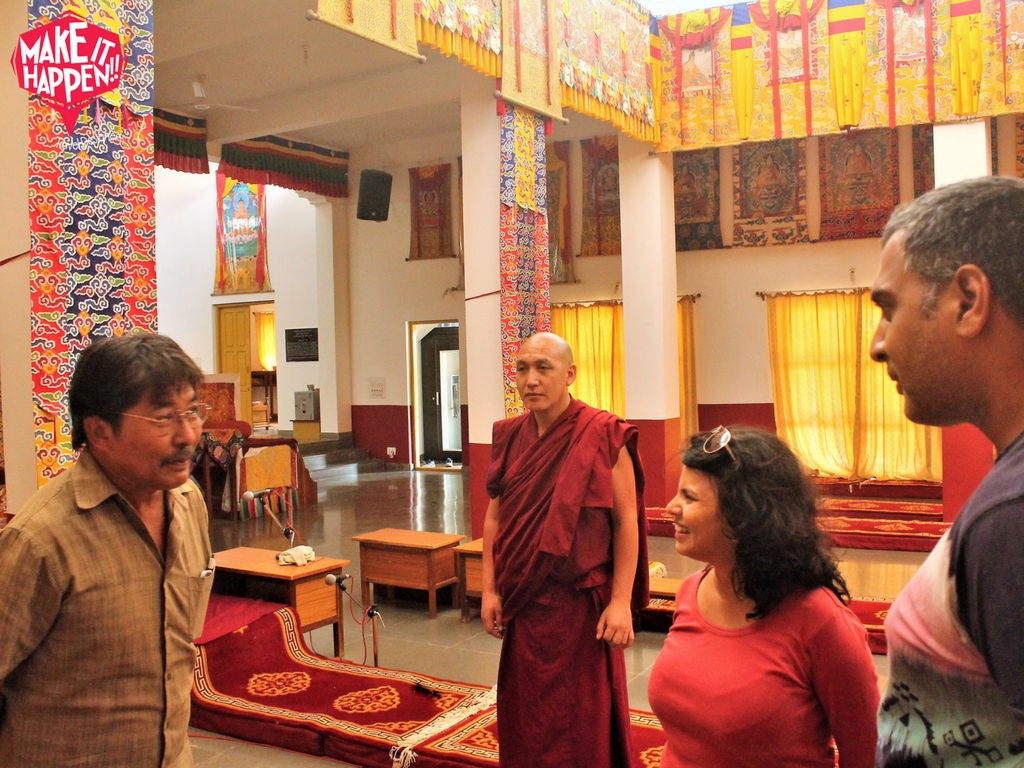 We visited the Ratoe monastery on the next morning. Ratoe Monastery is unique in its architecture that is eco-friendly and follows the Terawada sect of Buddhism. Another unique feature of Ratoe monastery is the rain water harvesting techniques implemented throughout the premises where rain water collected during monsoons compensates for the summer months. The monastery has cozy and comfortable guest rooms that are available for visitors and tourists who come to explore the settlement. The monastery was built and designed by a monk named Nicky who is also popularly known as ‘The monk with the camera’. Nicky build the Ratoe monastery by selling his photographs he clicked during his travel. 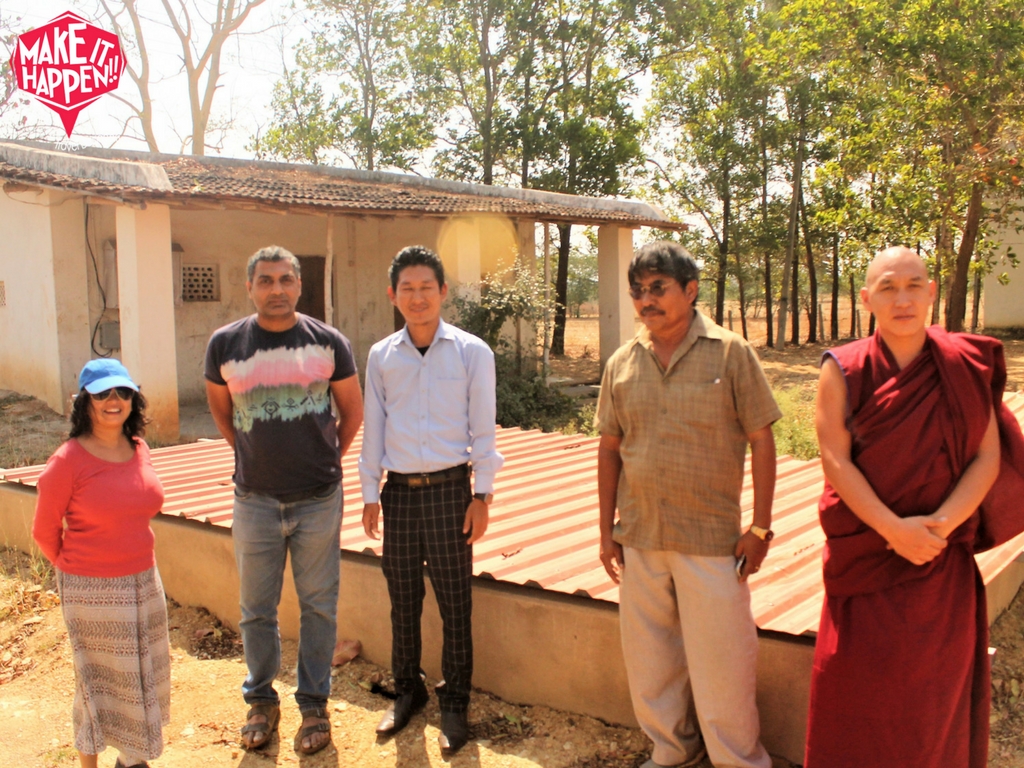 Mondgod Tibetan settlement focuses on reviving the Nalanda Buddhist traditions and spreading the Buddhist teachings and philosophies to rest of India. The main aim is to ‘Spreading the Tibetan Buddhism’ and highlight how the Tibetan Buddhist settlement at Mundgod in Karnataka State is carrying out its activities. It is because of their efforts, that the Tibetan Buddhism is growing popular and has brought many changes in the society. Mundgod is a repository of Tibetan life and culture. It showcases the lifestyle and ambitions of the Tibetan refugees and reflects the gradual transformation of a traditional society into modernity and has been referred to as ‘Mini Tibet’.